Bill Wheatly shot ended up hitting far back on this buck. Bill is my neighbor and after he got home and explained the scenario I suggested we put my deer tracking dog on his deer. No sense in risking not finding it. The buck ran about 300 yards before expiring. Bill stated that it would have tool him several hours to blood track his buck and it took a blood tracking dog 10 minutes. The shot ended up going through the guts and liver. I'm not sure if it hit any part of the lungs. There was one section of the blood trail that had a small void of no blood but for the most part we were able to see blood droplets fairly consistently. In the end Bill would have recovered his deer without the help of a deer tracking dog. 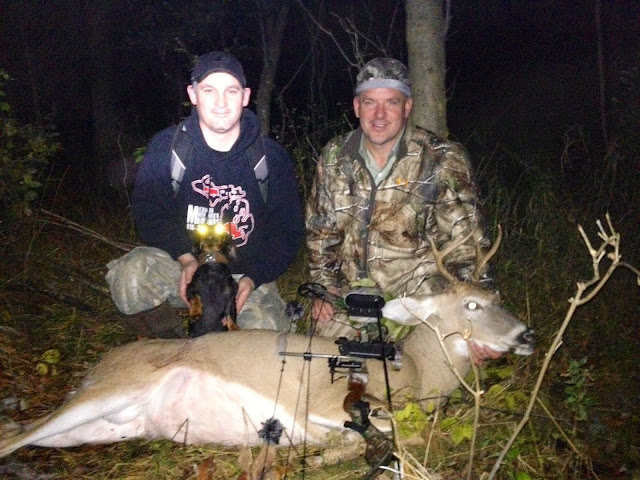 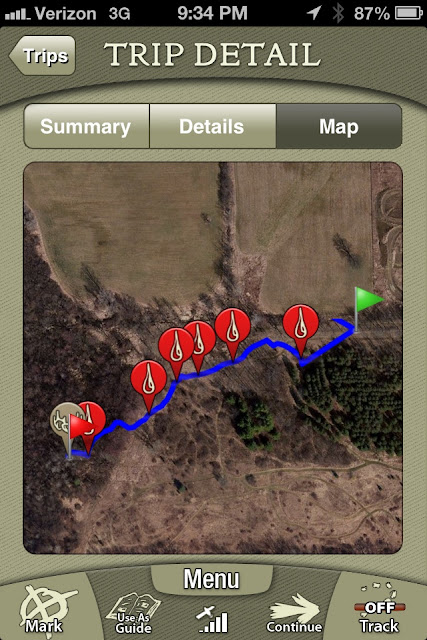 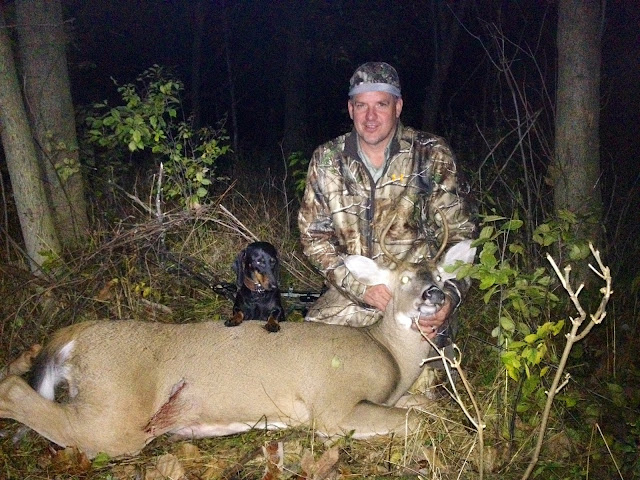