Tom was hunting near flint during the Michigan shotgun season. This buck came in to his bait pile during his evening hunt. The buck was walking when Tom took the shot and quickly after he pulled the trigger the buck was out of sight. Tom was hunting with his father also his name is Tom. They both walked over to the shot sight and could see a fist size of white hair on the ground. Tom and his dad new instantly what to do "call in the hounds" Earlier this year they knew of two other bucks that were never recovered and in fear of the same scenario they wanted tracking insurance. Tom got onto <Michigan deer trackn hounds web site and contacted Rob Miller and his hound Sypris. After our phone conversation we decided to give the buck 5 hours before starting tracking. Once we arrived at Tom Sr. house we talked about the laws of Myself being at state certified tracking and i called the track in to the RAP line and off we went. Tom was carrying his 12 gauge during night track just in case he was still alive. After i inspected the hair i could tell the white hair was actually center body hair (medium in lenght and brown tips and was not very coarse) I told Tom his buck was dead and he most likely did not need a tracking dog. 300-350 yards away was his buck (Liver/1 lung) Congrats Tom on a great Mid-Mi. buck. 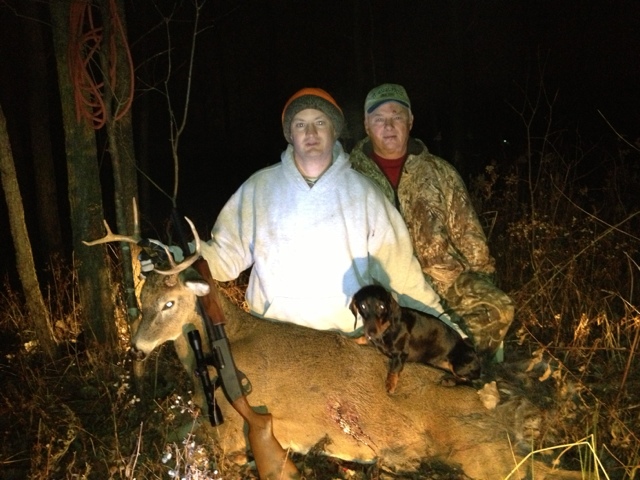 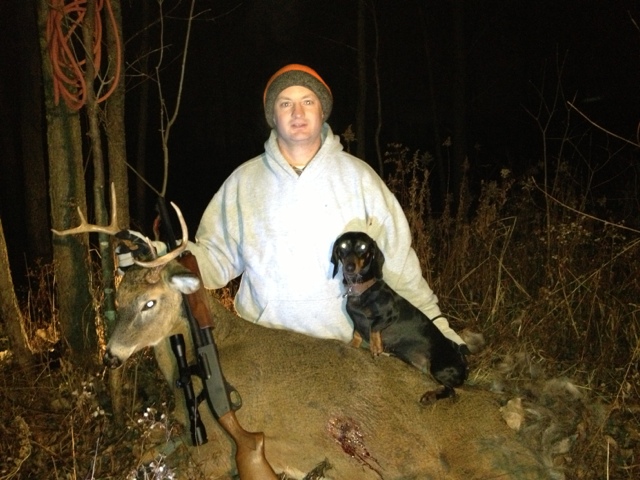