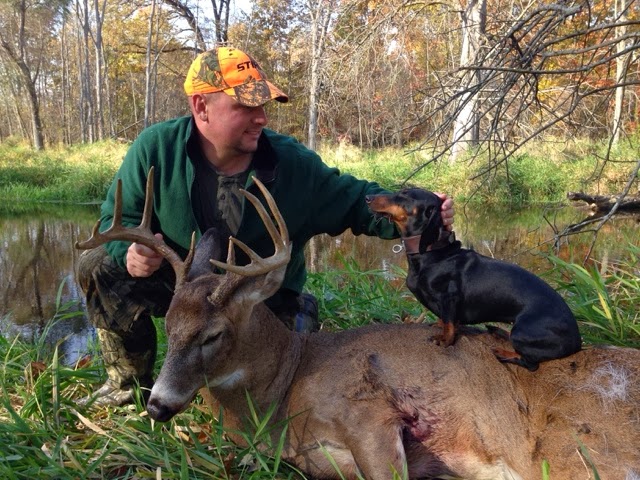 It was the perfect evening with a slight 4-5 mph wind from the southeast. One quiet step at a time I entered the stand site for the first time this year. The pre-rut was really starting to heat up and I just had that feeling that something good was about to happen.
Within minutes of reaching the stand I had the nice 10 pointer we had been watching via trail camera working a scrape line in my direction. He was heading to me like he was on a rope! After several crazy minutes I got an arrow into the heavy bodied deer. He was quartering away at a little heavier angle than I would like but I was confident I had made a good shot. I waited several hours and moved in for the recovery. After 70 yards it sounded like we had jumped the buck and I immediately got that feeling in my gut. We called Rob from that point in the field and asked what him and Sypris were up to!

Rob and Sypris showed up the following afternoon and we walked into the shot location. Within minutes Rob was confident Sypris had the buck's scent and turned that little dog loose. What happened next was about 27 minutes of unbelievable tracking performed by Sypris. When I say performed that is exactly what I mean. She puts on an absolute performance.

When we got to the river and Rob announced the deer had crossed I waited for him to pick her up and carry her across. Nope! Rob told Sypris to get after it and away she went. Splash! Across the river and up a steep embankment and away she went. It didn't take long after that and I was standing on a rise looking down at the river's edge and my buck! Sypris had covered over a half mile in less then 30 minutes, leaving me sucking air and a water bottle near the end. These two make an incredible team and helped turn what could have been a heartbreaking season into another trip to Pope and Young.

I can't thank you enough!

Here is hoping for hot tracks! (Not that Sypris needs them!)

Brett Mead
Track was 20 hours old
3/4 of a mile away long.
Sypris had this buck pegged
Check out my YouTube video and channel
Also Sypris theme song. 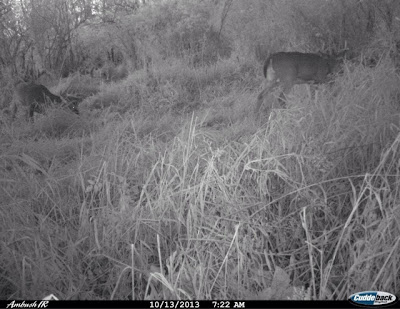 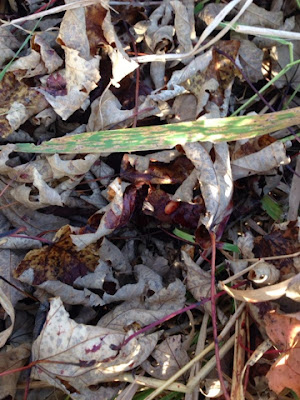 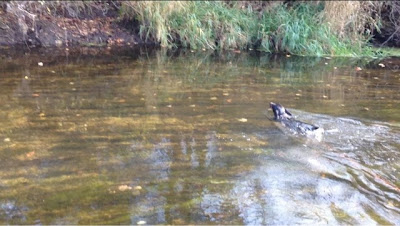 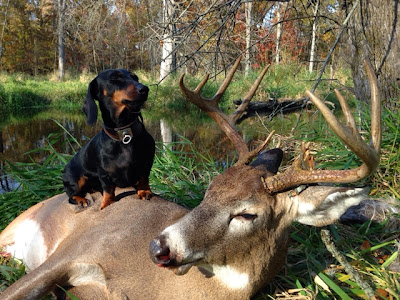 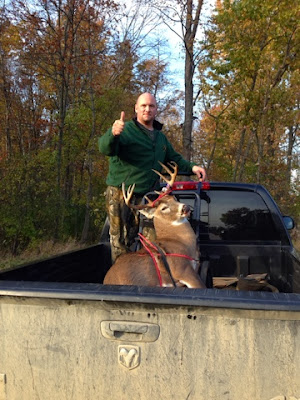 Posted by Miller Deer Tracking at 9:45 AM