Mother & daughter kill two giants on opening evening of the Ohio deer season.
This buck is 81/2 years old and scores 150.5". The buck was shot from a ground blind with a 10 point Xbow.
Shot was low and further back in the vitals. The Broadhead actually cut the bottom edge of the lungs however the lungs we're still working. The liver was also cut and this is what actually killed the buck. You can see that the buck didn't bleed out his nose/mouth. This buck was tracked about 100 yards and they jumped him. The hunters waited about 2 hours before tracking. Sypris recovered him .61 of a mile away. 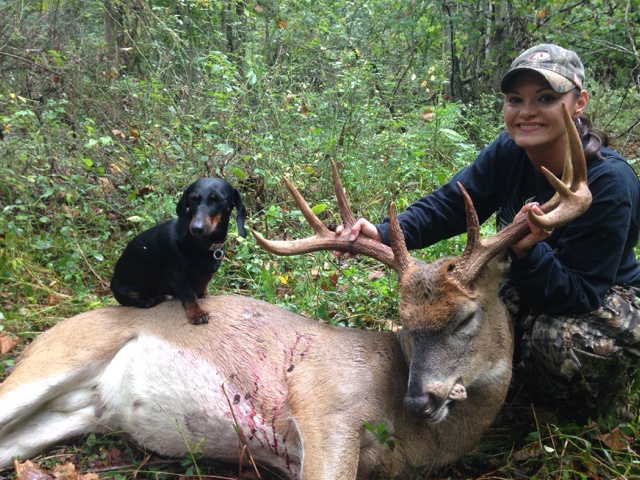 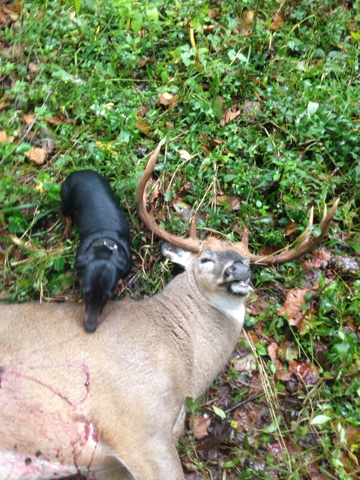 It was an awesome opening night in Ohio as her daughter also killed a 173" giant 4.5 year old buck. She was also using a 10 point Xbow. Her buck was shot low and forward resulting in cutting the bottom edge of the lung and slicing the heart. This buck wasn't pushed and Sypris recovered him 1.3 miles away. It was 14 hours after the shot when we found him. He was still very warm and it appeared that he just died. Basically he slowly bleed out because of the heart having a thin slice in the muscle part. 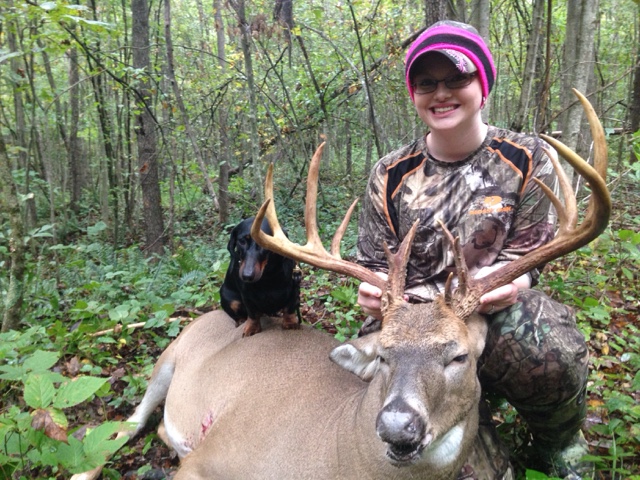 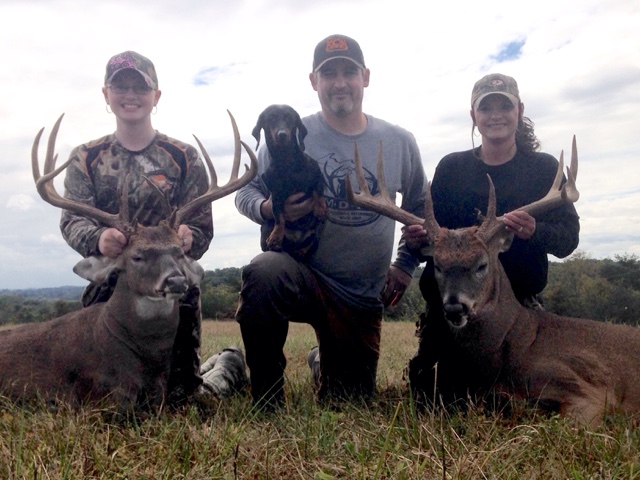 It was an awesome trip to Ohio and once again to the Sexton ladies awesome job and congrats.
I owe a big THANK YOU to Rack nation outdoors for getting me in contact with the hunters.
Posted by Miller Deer Tracking at 2:07 PM