​I shot my 10 point buck on Sunday, November 4, at around 5:30 p.m. I got down from my stand 30 minutes later, and went up to my house. At 7:00 p.m. we went out to go track the deer. The blood trail was very good for about 100 yards. Then all of a sudden the trail stopped. We looked all over for another sign of blood for 30 minutes. But we decided to pull out and wait till morning. The next morning I stayed home from school to track the deer. The blood was better than we thought, but we still couldn’t find any more blood from the spot we lost it at. So we called a guy with a tracking dog. He said that he would come over right away. At 9:00 a.m. he showed up. The dog seemed like it was on a good trail, but we went 4 miles without any blood. He told us that the dog just wasn’t working right that day. So he asked us if we wanted someone else to come out and track it, and we said sure. So he called Rob Miller. Rob said he could come out. When he got there he told us that if the deer was dead, he would find it. At that point I was pretty confident. So we walked out with his dog, Cyprus. She seemed to be on a good trail. And about 100 yards away from last blood, Cyprus found more blood. At that point I knew we were going to find my deer. Cyprus kept on finding blood. I was standing at last blood, and all of a sudden after ¾ of a mile I heard Rob say, “Dead deer.” I was so excited, when I saw the deer; he was bigger than I thought. When I picked up his head I realized that I had shot a 10 point. I couldn’t believe that I shot a 10 point buck for my second deer/buck. I can’t thank Rob and Cyprus enough for finding my deer. This was definitely a buck worth finding.
Thank you Rob and Cyprus 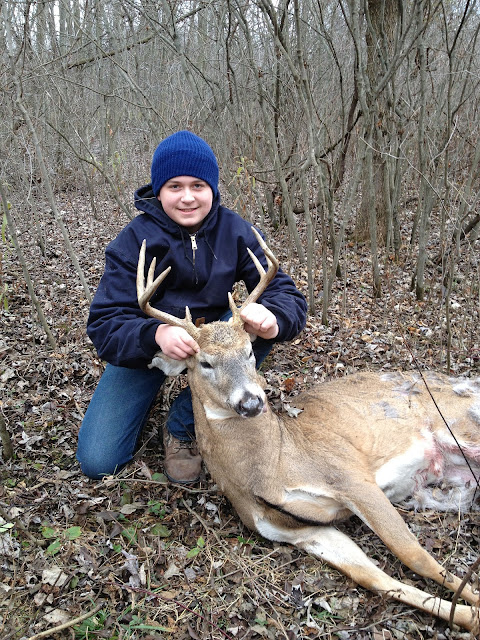 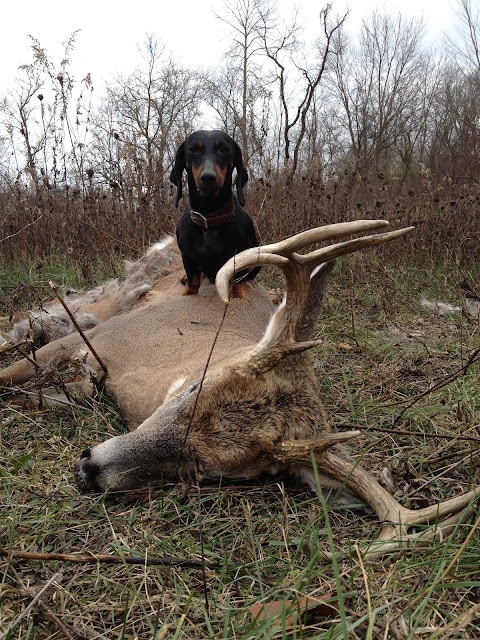 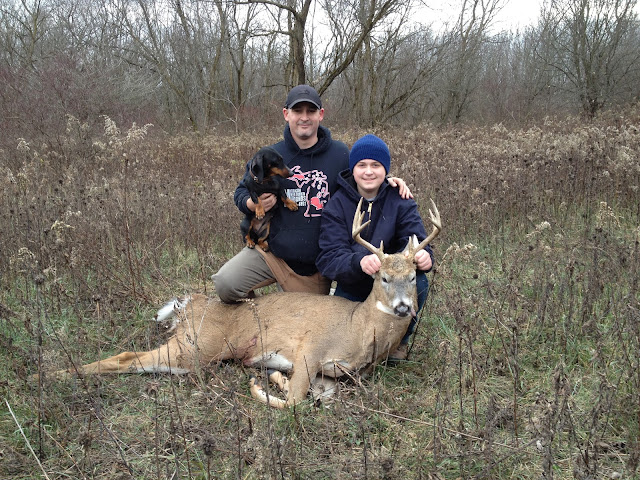