On halloween morning I had a chance at a nice buck I'd been after with a longbow all year long. I hit a branch at 5yds and ended up burying the arrow 4th rib from the back, through one lung and clipped the liver (we found out later). I knew the shot looked a little too far back and I didn't see or hear the buck go down. I mentally marked the spot and very quietly backed out as far away from the direction he was headed that I could without trespassing. I texted with Rob and he said if the deer was dead, Sypris would find it.

We gave it all day and took our kids trick or treating and met up after dark. Mike Riepen was tagging along on the track as well and after a debrief at the hit site, Sypris cast out along the trail. After she sorted things out, she was soon on the track and immediately we started finding good amounts of blood. After about 300yds, we were approaching the bedding area that I assumed we'd find him in. But, to no avail. Sypris did a 90 degree turn and paralled a creek bank for quite aways. Thinking I had snuck out away from the track, I had inadvertently walked right where the buck headed. For some crazy reason, the buck decided to go out into a large cut corn field, headed for nothing in particular. The field was rained on all day and the wind had definitely blown a lot of scent away. Out in the middle of the field, the track was very tough because of the number of deer that had used the field all day. After checking out a few of those hot trails, Sypris turned and headed back towards the woods and heavy cover. Shortly after crossing again through the deep creek, the buck was found.

Unbelievable job by Rob, Sypris and Mike on the track! This would've been a VERY tough track job, if not impossible for humans. The cornfield track was almost non-existence for quite some time and the deer traveled almost a mile. A body search would've been very time consuming and most likely, we would've been dedicating most of our time searching the wrong areas. This was an unpressured deer and yet it still went a long ways before expiring. No doubt the best decision I made on this hunt was to back out immediately and call Rob. I won't hesitate to do it again. Thanks again Rob, Sypris and Mike! Not only did you guys do a great job tracking, I also learned a lot from your wealth of tough tracking experiences that will make me a better tracker in the future. 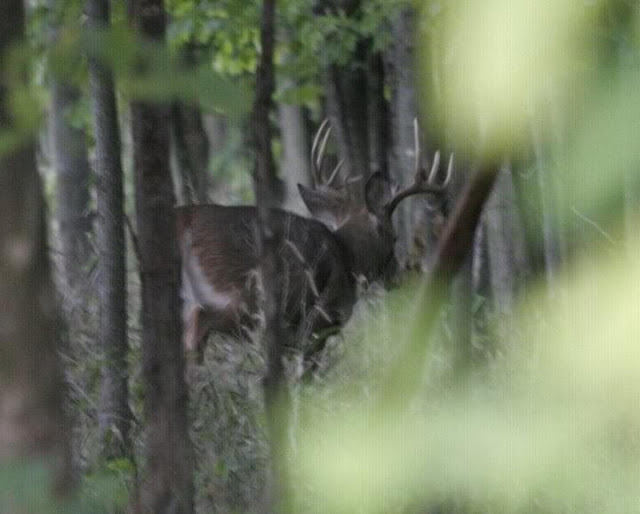 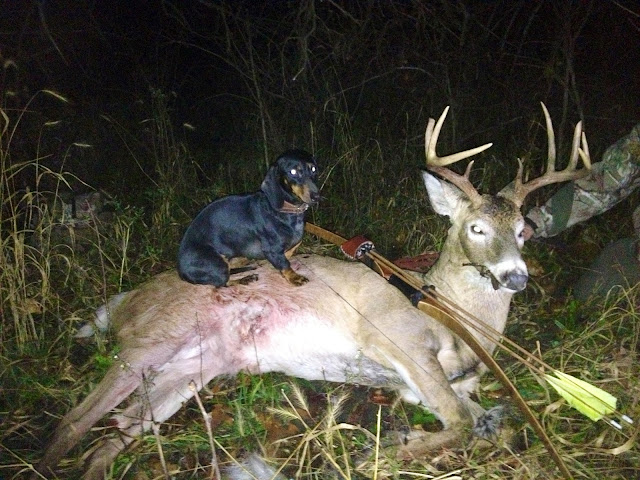 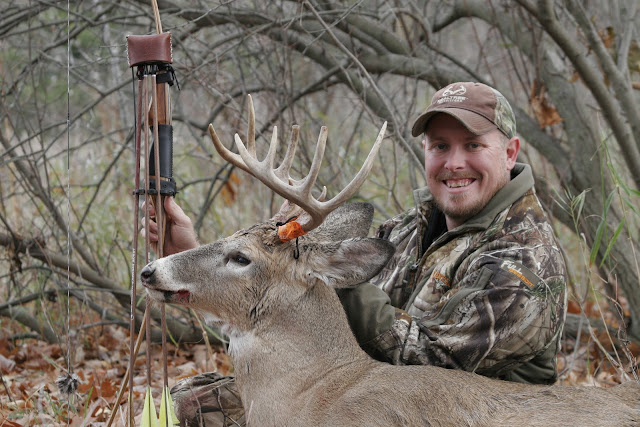 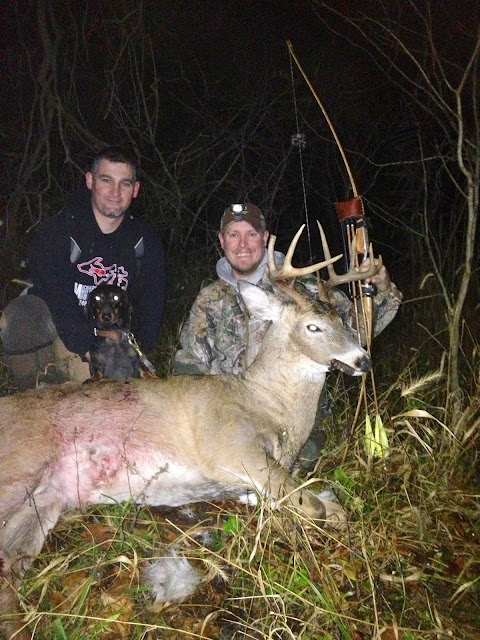 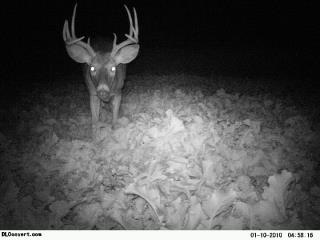