I had the opportunity to spend some time with my family enjoying the great outdoors ,,,,,, Indoors at the Novi Outdoorama sport show.  For those of you who have never attended this is basically the Sportsmans craft show.  There are many booths of outfitters, both hunting and fishing from down south, out west, and Africa.  I actually spent quite a bit of time talking with an Outfitter from South Africa.  We got into a lengthy discussion of what a days hunt would be like, as well as the use of tracking dogs there.  He told me that where their outfit is the Jack Russell Terrier is the most popular breed used, and has even seen one of these small dogs wrestle down a Kudu.  Very impressive what pint sized dogs are capable of.  I also had the opportunity to speak with Michigan Woods N Water, as well as enjoyed helping  my daughter catch her very first fish.  The joy and excitement that came from my 2 year old little girl was absolutely priceless.  It was quite comical, the first fish she caught , one of the attendants came over to take the fish off so we could snap our photo, and accidentally dropped the fish back into the water,,  This young man felt so bad especially after my wife told him it was her first fish,  Camera in hand and all,  she jokingly said " uh, that was her first fish, probably best if you jump in there and grab it so we can get our photo",  and the boy was more than willing to do so,  we let him know that we were only kidding and that it was really not a big deal, we went right back at it and caught a second fish,  this one the young man was not going to let get away.  What a great day,  and thank you to the young man for putting up with our sense of humor.  I also had the opportunity to view some tremendous mounts,  The one you see  in the second picture here grossed over 500". An absolute GIANT 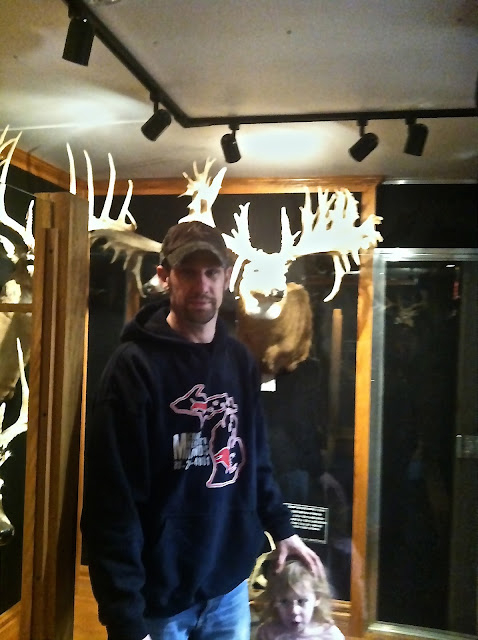 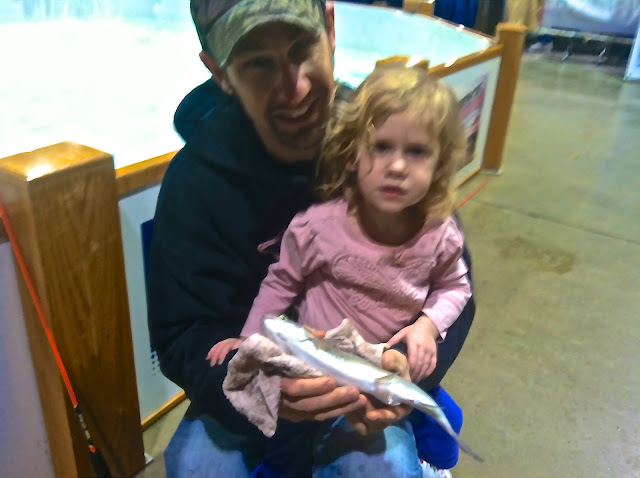