The one that got away!! Well sorta. 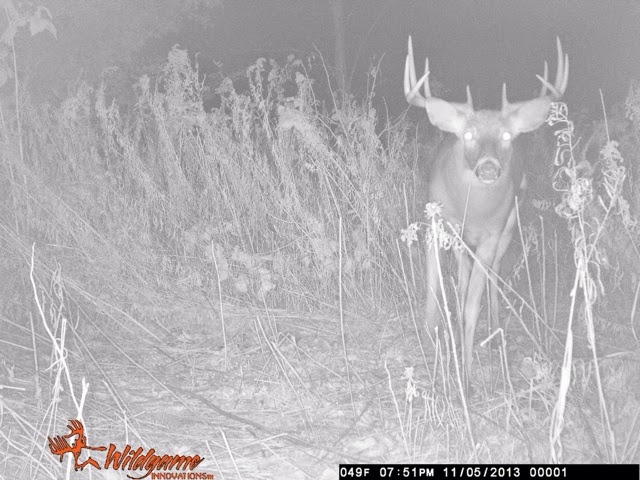 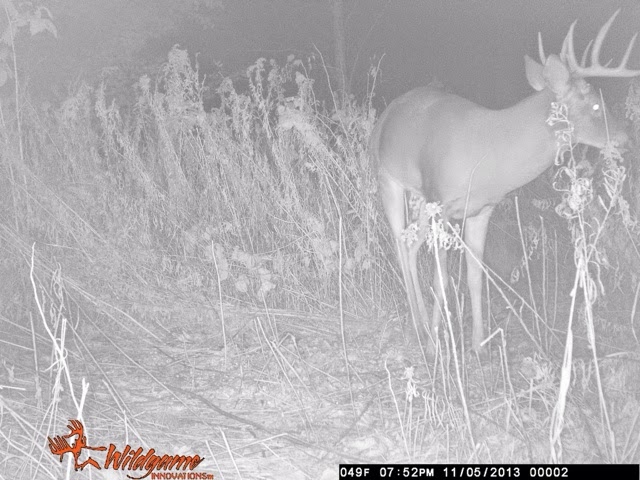 This buck Sypris tracked back in 2013. Shot with a Xbow at last light from a high elevated tree stand at a mere 10'. Shot placement was unknown a we couldn't find the bolt. Good blood for the first 75 yards.

Shot sight was never confirmed until 2 days later. Started Sypris at first blood and she took us 1.24 miles. After 75 yards in to the track the blood trail abruptly stopped. We were only finding a single drop of blood every 100 yards. With out a dog there would be zero chance of tracking this buck. We ended up tracking him in front of my clients trail cam as you can see in the two of the four pictures. Look closely you can see the entrance hole and intestines hanging out between the bucks legs. At the time of tracking we didn't not think we were tracking a gut shot buck. We tracked him in to a thick pine patch that was about .68 mile away. We pumped him out of the pines and he crossed an extremely busy road and ended up swimming through a pond that was about 30 yards across. At this point we are not finding any blood at all. We tracked him in to a young sapling thicket where we found one spot of blood transfer to confirm Sypris work. Total distance tracked now was 1.23 miles. At this point Sypris was loosing focus on the track and due to lack of blood and distance tracked we called the track off. Next day is rained all day and the buck went in to a public city park. By day three we all realized the buck was gut shot. Arrangements were made to give Sypris a try (knowing 99.9% chance should would not be able to scent track however maybe air scent the body) and a search party was formed. After many hours of searching and not finding anything the search was called off. After the winter my client got word of a 14 year old boy finding a giant buck dead just north of the city park. The young man had cut the Antlers off. The buck traveled at least another 1 mile from where we stopped tracking.

Sad day for any hunter!!!

We all learned many lessons from this misfortune and for that we will be better hunters and trackers. 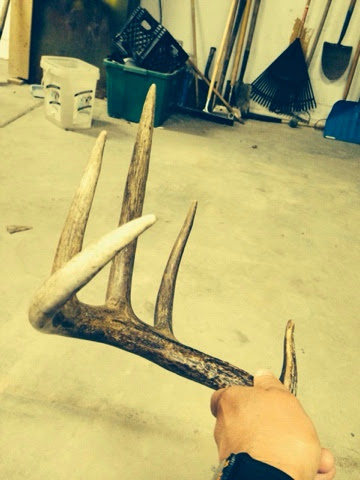 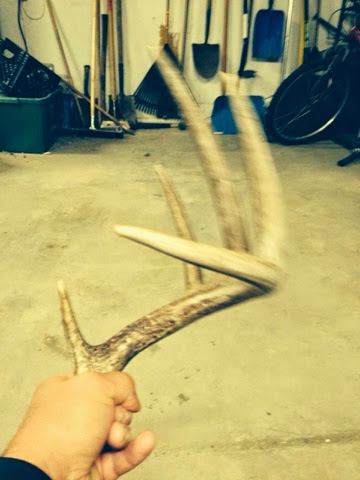 Posted by Miller Deer Tracking at 11:33 AM