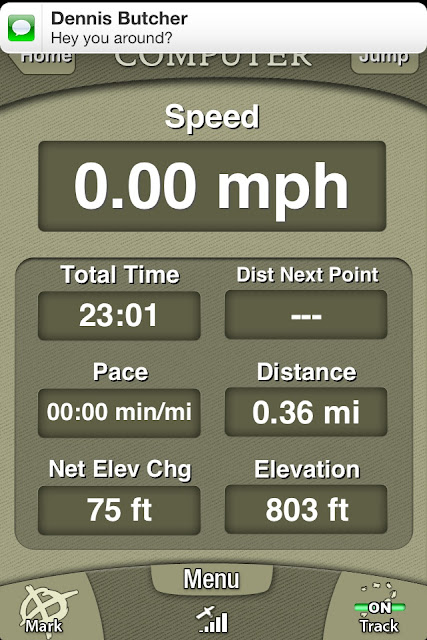 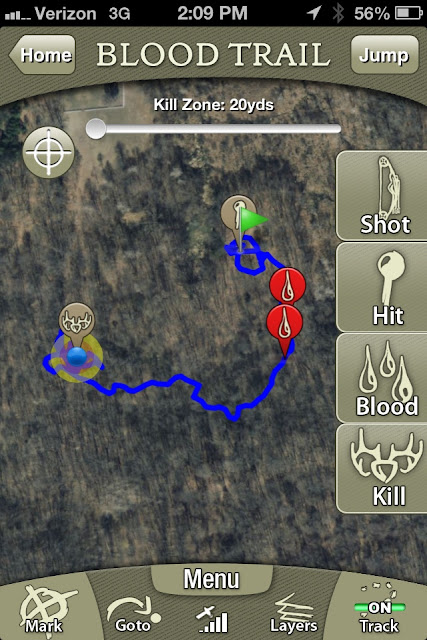 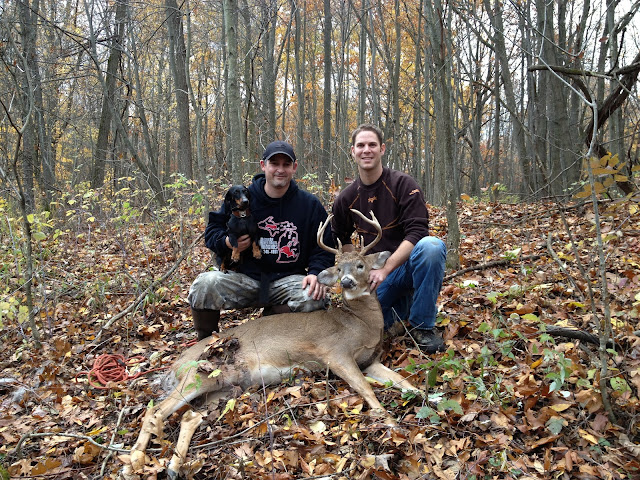 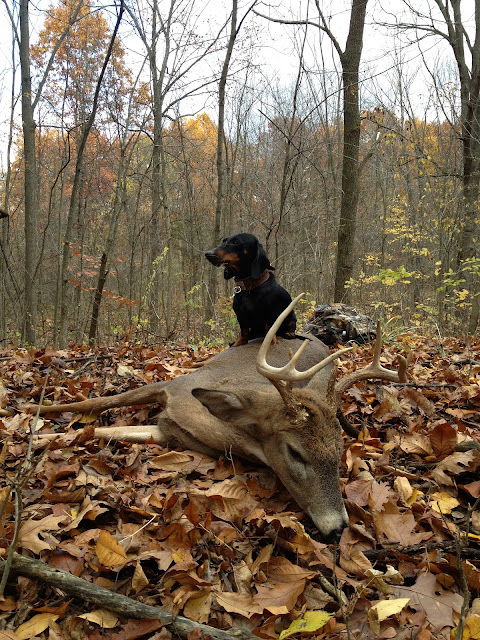 MDTH Tracker
I would like to start out by telling you about last year. I shot an 8-point on October 15th 2011, the shot was farther back than I would have liked. but my arrow had lots of blood on it. My brother and I waited about 3 hours before picking up the trail. We had really good blood for about 150 yards but then it stopped. We continued in the direction we thought the deer traveled but never found any more blood. We then preformed a grid search for about 5 hours turning up no new blood and no dead deer. Fast-forward to October 20th 2012, a nice 8-point presented me with a shot quartering slightly to me. I placed my pin on his front shoulder and let it fly. When my arrow made contact I knew I was in trouble. The arrow it high and back very similar to the deer I shot last year. After waiting about 30 minutes, I got down to check my arrow for blood. The arrow was covered in blood. This seemed like a good sign but then again my arrow last year had lots of blood on it as well. I started the track and after 100 yards I began to have trouble finding blood. At this point I knew what I needed to do, call in the hounds!!! So I backed out and called Rob and Sypris. They arrived around 3pm, and Sypris got to work right away. She immediately picked up the trail and we were off. She led us straight to my deer about 0.5 miles away. I could not believe how quickly she found my deer. There was a stretch of about 40 yards with no blood and she had no problem staying on the trail. If we didn’t have Sypris it would have taken us much longer and we might not have found the deer. I would recommend Rob and Cyprus to anybody who thinks they have made a bad shot or if their blood trail dries up. I’m sure we would have found my deer last year if we had the help of a tracking dog.

Posted by Miller Deer Tracking at 10:18 AM